What are the expected 21 month old developmental milestones

In this article I will discuss the 21 months developmental milestones to be expected at this age. We will focus on language development.

The importance of language in child development cannot be over emphasized. Language helps your child to communicate, learn things and think better. We previously discussed how you can develop language in your child by speaking with him or her and by reading books.

By 21 months your child should be speaking 50 or more simple words and should begin to name objects that you point to.

However, they are now findiing that there are 3 elements necessary for the development of language. These include:

1. the context – people learn best from persons they love and trust.
2. the tone in the voice – for example rough, pleasant.
3. knowledge of the world – in other words, understanding the meaning of what the person is saying to us.

I infer therefore, that we need to pay attention to these three elements when speaking to children. Therefore, the sound of the voice or tone should be pleasant and the child should know the meaning of the words that are being spoken. This information heightens the importance of talking to and reading with your child.

“When acquiring a language, children must learn not only the meaning of words but also how to combine words to convey meaning.”Dr. Caroline Rowland, University of Liverpool. 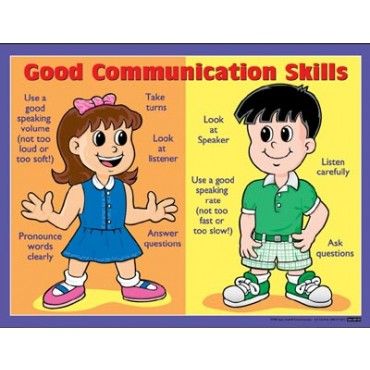 We are now beginning to realize that the brain is the original computer. That is because it can process information very rapidly. We just saw that humans need to have prior information about words and their meaning in order to understand what you are saying to them. This in turn tells me that we need to enter information about words and their meanings into the human storage systems in the brain. This will further help the child to comprehend or understand the world.

Scientists have also discovered that the brain processes information in complex ways. When we hear words, the brain responds by combining he meaning of words in a sentence in order to understand what is being said. Can we therefore help to train our children’s brains by undergoing the processes of:

Important strategies for developing language skills in your child

After asking those 5 questions, I discovered that scientists recommended that we should Use specific baby talk words frequently to help your child to learn words more quickly, Some types of baby talk words are very effective in rapid language development in children 9 – 21 months.

Here is the guide:

– use words that end in ‘y’ – such as tummy, mummy and doggy to help children 9 – 21 month old to speak better.
– use words that repeat sounds – such as choo-choo and night-night — these could help infants identify words in speech (Science Daily, 2018).

Children are able to acquire language earlier than it was believed

This might blow you away, but University of Liverpool scientists discovered in 2011 that two-year-old children understand complex grammar even before they can speak in full sentences. (Science Daily, 2011; Noble, Rowland and Pine, 2011)

“We tested this theory by showing two-year-old children pictures of a cartoon rabbit and duck. One picture was the rabbit acting on the duck, lifting the duck’s leg for example, and the other was an image of the animals acting independently, such as swinging a leg. We then played sentences with made-up verbs — the rabbit is glorping the duck — over a loudspeaker and asked them to point to the correct picture. They picked out the correct image more often than we would expect them to by chance.

“Our work suggests that the words that children say aren’t necessarily the extent of what they actually know about language and grammar. The beginnings of grammar acquisition start much earlier than previously thought, but more importantly it demonstrates that children can use grammar to help them work out the meaning of new words, particularly those that don’t correspond to concrete objects such as ‘know’ and ‘love’. Children can use the grammar of sentence to narrow down possible meanings, making it much easier for them to learn.”

Jim Yang has shown that children can learn to read as early as 18 months. His amazing child reading program shows that young children have a greater capacity for language acquisition than it was previously taught. I conclude that age 5 is really too late to teach a child to read and comprehend the world. Take a look at his reading program that will fast track your child’s ability to develop language.